In a few days, I’ll write about how this is relevant to my books, and why it may change my in-progress draft for my third book.

Today the US Supreme Court finally caught up with other countries like Canada, South Africa, and Portugal.  Same-sex marriage is finally legal in all 50 states, and there’s nothing Texas, Kentucky, or anyone can do about it.  I think every other supportive post everyone else has made sums up my feelings on this.  The sense of pride in forward movement.  The relief that my friends will finally be able to marry.  Relief that they can travel freely without worry that their marriage might be invalid if they’re on vacation and an emergency happens.  Gratitude that today’s children, including my daughter, can grow up without the worry that whoever she wants to marry (if she wants to marry) is off the table because of sex.  Instead of another post of the same, I would like to share how this ruling affects my opposite-sex marriage in a positive way. 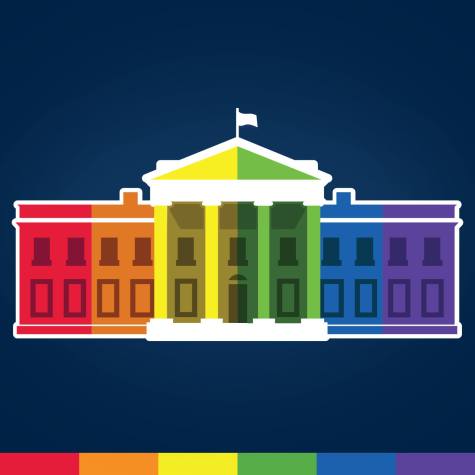 We’ve had a strong marriage from the start.  That’s never been in question.  But there’s been a lingering sense of guilt.

When my husband and I got married in 2010, supporting marriage equality was important to us, and so we had the following reading from the Massachusetts ruling in 2003:

Marriage is a vital social institution. The exclusive commitment of two individuals to each other nurtures love and mutual support.

Civil marriage is at once a deeply personal commitment to another human being and a highly public celebration of the ideals of mutuality, companionship, intimacy, fidelity, and family. Because it fulfils yearnings for security, safe haven, and connection that express our common humanity, civil marriage is an esteemed institution and the decision whether and whom to marry is among life’s momentous acts of self-definition.

It is undoubtedly for these concrete reasons, as well as for its intimately personal significance, that civil marriage has long been termed a “civil right.” Without the right to choose to marry one is excluded from the full range of human experience.

Before our wedding, we had hesitation about getting married because it wasn’t fair that so many people were excluded for such a stupid reason as the religion of others. But as parents, and due to my medical issues, it would have been irresponsible for us to shun marriage since us not getting married ultimately wasn’t going to help others to get married.

Since then, what’s felt wrong about marriage is how many people had continued to be excluded because of bigotry. I haven’t really been able to say, with pride, “Yeah, I’m married,” because there’s always been a pang because it’s been a privilege held away from friends of ours. I’ve hated that I haven’t been able to always admit, with pride, that this guy is my husband, when the reason for any measure of shame has nothing to do with him, and everything to do with laws based 100% in religious bigotry.

Today’s the day I can finally be 100% proud since today is the day that ANY two consenting adults can get married ANYWHERE in the US, and their genitalia will no longer matter, as it never should have. And going forward from today, our daughter will not be held back in who she chooses to marry, if she even chooses to marry. Today’s children won’t have to know the discrimination that so many people before them have known.  This country can’t set right all the wrongs of the past, but today’s same-sex couples can finally enjoy the privileges and protections of marriage.  Welcome to a higher tax bracket with the rest of us! =D

Welcome to Equality.  It’s a great place to be.

At least in this regard, the US is finally caught up, and we can finally be proud. ALL of us can be proud. Equality in America has finally won.

2 thoughts on “Equality is finally the law of the US land!”