I didn’t mean to go a whole week without an update!  I spent last week doing some volunteering and then an event for a young child who is in her last months of life.  That took priority, so what should be an obvious reason.  This week I have work to catch up on.

This chapter is so freaking boring I can’t stand it!!

Kate’s demoted to being called by her last name as a sign of Grey’s disliking of her.  Sure, I do the same thing with Grey, but he deserved it!  Kate’s done nothing more than not bought into all of his crap so far.  But now she introduces Grey as Ana’s boyfriend, which pisses Grey off since he is nobody’s boyfriend, and Ana certainly isn’t his girlfriend!  Remember this for just a few paragraphs from now.

“Hello, Ray,” Kavanagh says, and she kisses a middle-aged man in an ill-fitting suit standing beside Ana.

Just can’t resist taking a dig at the not-rich guy.  Most men don’t own tuxes, and a large number don’t own suits.  How many men wear either of them often enough to justify the expense every time they change sizes?  We’re an unusual household in that my husband and I go to formal events enough, but we don’t stand there mentally snarking a people at graduations who don’t have perfectly tailored suits.

He and Ray shake hands, and he snarks on Ray’s hands being rough since he works with them.  I honestly believe you have no right to snark or look down on the people who do the rough work that make your life possible.  This goes for plumbers, carpenters, the immigrants who pick the produce that goes on our tables for slave wages, the checker at the store working her second job of the day to pay her bills.  It’s hypocrisy at its worst to demand the benefit of services of people who you’ll look down upon for providing those services.  So Grey? 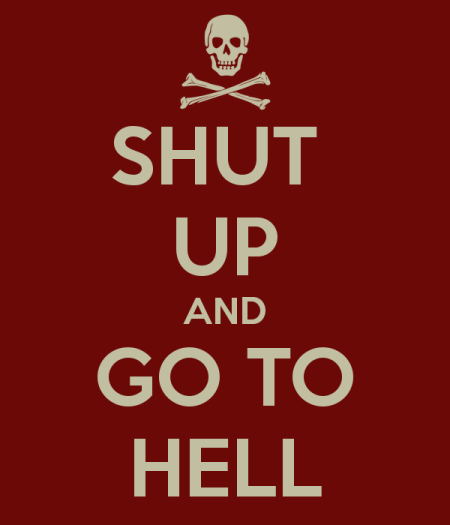 Kate introduces her brother, Ethan, who Grey assures us is a bum.  Oh, I want to know what he’s going to say when that bum, the Jasper-expy, marries Grey’s sister, the Alice-expy.  Since Ethan has the audacity to give his long-time friend a hug, Grey’s pissed.

Uh…  She’s not your sub or your slave.  If she’s also not your girlfriend, then how is she your girl?

“Ana, baby,” I whisper, holding out my hand, and like the good woman she is, she steps into my embrace.

Because, don’t you know, she’d be a bad woman if she said no?  Alarming how he said she can leave if she wants, yet she’s so clearly to scared to do anything more than to skip asking “how high” when he says to jump, and will just do it.  He made his desire known in front of her family, and she immediately complied.  Nothing in her actions says she is happy to do this.

Ray asks how long they’ve known each other, while eying his daughter.  He very much seems to be the concerned father, while Grey is trying to arouse her with the way he’s stroking her shoulder.

Grey distracts Ray by talking about fishing, and for once, a conversation happening is plausible for the area.  I’ll spare you the details.  I like to fish, but don’t care to listen to men one-up each other on whose is bigger.  Ana doesn’t care for it either, and quickly bolts away from Grey over to Kate.  Naturally, he’s not pleased.  The only thing Ana can do right to him is to spread her legs after giving him a blow job.

The conversation turns to her car, and Grey starts with a lie.

“Great car, the Beetle. I’m a fan of German-made cars.”
“Yeah? Annie loves that old car, but I guess it’s getting past its sell-by date.”
“Funny you should mention that. I was thinking of loaning her one of my company cars. Do you think she’d go for it?”
“I guess. That would be up to Annie, mind.”

Yes, Grey lied about the Beetle being great.  He can’t wait to force it away from her.  He’s also lying about the company car, though not in the first way you may think.  See, he won’t be letting her drive the car he gives her.  He will tell her it’s hers, but it’s hers only in the way that company property is yours when you are given a loan.  He will tell her when she can drive it, where, and other rules.  So he’s actually telling he truth about it being a company loaner.  It’s to Ana that he will lie.  Too bad he won’t listen to Ray about it being Ana’s choice.

“She’s a gentle soul.” He gives me a pointed look. Oh. A warning from Raymond Steele. I turn it into a joke.

Ana’s dad being concerned is such a funny matter….

Ana returns, and Ray heads to the bathroom.  Once alone with Grey, she stares up at him, and he tells us she’s nervous.

Let’s have a quick recap.

He was pissed she didn’t reply, stared her down from the stage, reprimanded her on the stage, forced her into a closet afterward, and quietly ordered her to leave her family and friends.

She damned well should be nervous!!

Grey’s thoughts go back to the only thing he can think about more than a few second, and he tries arousing her again.  This is seriously disgusting.  He tells her she knows it’ll be good, and she shoots back that she wants more.  And he’s, what else, pissed that she wants “hearts and flowers.”

“Of course; she’s never had a relationship before. “You don’t know much.”
“You know all the wrong things,” she breathes.
“Wrong? Not to me. Try it,” I plead.
Please. Try it my way.

I am disappointed to say that he finally breaks her down.  He knows she doesn’t want to be used and thrown away, but that’s all he wants.  This is where she breaks down and tells him fine, he can have his way.  He’s on top of the world since he finally managed to break her.  When Ray returns, he gives Ray one answer while telling us sarcastic replies.  “Look after my daughter, Grey.” “Sure thing.” Then thinking, Yeah, if only you knew.  That sort of stuff.

I’m really sad here.  Great place for it since that’s the end of the section.

The next starts with Taylor picking him up and telling him the new car has been delivered.  Grey says it’ll be a gift.  No, it won’t.  It’ll have tons of rules and catches, and be very much the company car.

He realizes its his last night in Portland, and “almost” Ana’s.  To that, I wonder WTF?  Does he think she won’t go back after he’s finished destroying who she is as a person by making sure she knows she’s worth only a vagina?

He stares out the window at a couple carrying bags overflowing with groceries.  I’m baffled.  Where on earth did they go grocery shopping downtown?  Answer: This is James knowing nothing.  That couple, and another, cause him to bitch about how women always want more, and there’s nothing he can do about that.

Yes, there actually is.  Kink communities thrive in the area.  Sex clubs THRIVE here, to the point that Portland debatably has the most per capita.  We’ve got everything from vegan sex clubs to Ron Jeremy’s official club.  Some, like the Pitiful Princess, are just plain mean-spirited, while others, like Dancin’ Bare, are about fun. 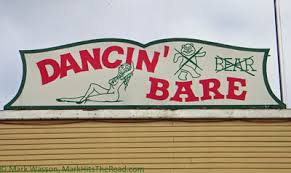 Grey could definitely find like-minded kinksters.  So what he can do about women “always” wanting more is to seek out those who want the same thing he does.

And because he likes to complain, he complains about the “enforced socializing” he had to endure for a few hours.  Oh, the horrors.  When you work in business, socializing helps build connections.  That’s what he was doing, more than anything but intimidating Ana.

ONCE I’M SHOWERED AND dressed and back in front of my laptop, Ros calls via WebEx to check in and we talk for forty minutes.

Grey ends the meeting.  By the way, in the US, if you want to video-chat, Skype is VERY common for businesses, not WebEx.

Right away he emails Ana about soft limits, and tells us she needs a more reliable form of communication other than her phone since she doesn’t always have that with her.  I don’t know what can be more reliable than a phone unless he’s planning to have her stalked and slammed to the ground if he wants to call her and she doesn’t have her phone with her.

He decides to get her a new Blackberry (those phones have long fallen from use, though James and her husband don’t know that, and her husband and I had a verbal tiff over it), and somehow has her email long-in info, and tells Taylor to order said-phone and put her log-in info into it.  The only way to get someone’s log-in info without them giving it is through illegal means.  There are so many layers of encrypting that even providers can’t get that info for you if you lose it.

He sits there reading Forbes (or so he says), while thinking this:

Given that they aren’t related, they’re remarkably similar.

This made me laugh out loud.  A couple of my friends, Leila and Lexi, as so like me that it’s eerie.  I’m not related by blood to either, and have not even met Lexi in person, yet we’re very much alike.  A LOT of people are very much like people they share no blood with.  In fact, many people are polar-opposites of the people they share blood with.  DNA literally plays no role.

His mom calls, and we get another conversation that serves no purpose.  Ana emails and says she can come over that night to talk about limits.  He takes a jab at her car, and decides to deliver the new car to her.  He prints off another contract.  Trees died for that crap.  And then he shoves some condoms (plural) into his pocket.

Luck has nothing to do with it when you’ll just rape her anyway.

And there are 48 pages left in this chapter.  This is as good a place to stop as any. I need some wine and a wall to bang my head against.  That’s got to be more interesting.